Amazing. I was so caught up in my work these past few months that I completely overlooked blogging about the 2016 Elections. I know my blogging has been quite irregular lately (to say the least), but to not blog anything at all about the elections?! That’s not right!

But better late than never, right? Also, late blogging affords me the opportunity to be… let’s just say, less passionate about the topic.

So the campaign period has come and gone… the voting has finally finished… and the counting almost over. Many local candidates have already been proclaimed and people are now waiting for the proclamation of the new set of national leaders. Of course, the outcomes are already clear (except probably for the VP race) and one already has an inkling – depending on which side of the line you were on during the campaign – of how good, or bad, the next six years will be for you.

In my case, I’m both worried and relieved.

I am quite relieved, though, that the poisoned atmosphere that was the campaign has finally dissipated — with some hardcore exceptions, of course. There always are. I am also relieved that the elections were generally peaceful and fair (again with some exceptions). And I am very much relieved that “democracy,” such as we know it in the Philippines, is still very much alive, albeit more smudged, scratched and dingy than before.

It’s not wishful thinking to clamor for change. I only hope that it is the kind of change that we can all live with (and not die from).

I support the RH Bill! 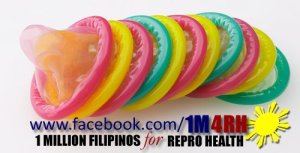 Because I am pro-Life…

Because I love my Family…

Because I love my Country.