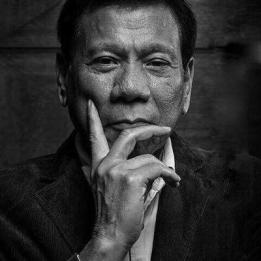 I voted for Mar Roxas for President. I had my reasons, of course; the same way that those who voted for Digong had their reasons as well.

The point, however, is simply this: our reasons for voting (or not voting) are all valid and should be respected – no matter what. It is our right to express our political opinions and preferences and the most concrete expression of that right would be our actual votes during election day. Which means that if we really believe in the importance of this tool of democracy called elections, we should learn to respect and — though it’s sometimes very hard to do — accept the outcome.

After all, we can’t always have what we want all the time, right?

And I wish him well. I wish him success in his six years in office as President of the Philippines. For the people have spoken; and as they say, the voice of the People is the voice of God.

But… of course there is a “but;” there’s always a “but”… I hope to God his promise to bring “change” to our country does not destroy it at the same time.

Change is good. Change is inevitable.

But change can be achieved through many different ways, so we don’t always have to choose the most traumatic ways to effect change; more so if our leaders seem hell-bent on doing exactly that.