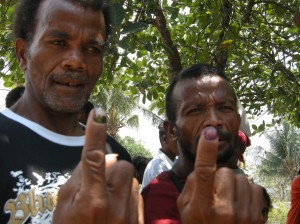 A week before May 10, 2010, Risa Hontiveros has landed in the number 13 slot of Pulse Asia’s senatorial survey — just a few points shy of making it to the magic 12. All the others in the top 15 either are reelectionists (Lapid, Ejercito, Cayetano, etc.) or are scions of politicians (Marcos, Guingona. etc.) Risa is the only Senatorial newbie with an independent surname to make it within striking distance of a seat. 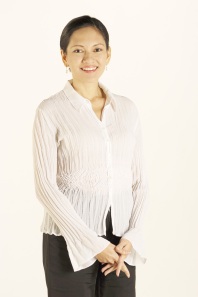 Here are 10 reasons why Risa Hontiveros deserves your vote for Senator.

1. Because she isn’t afraid to kick the asses that need kicking and stick her nose where it needs sticking. There isn’t a government scandal that Risa hasn’t spoken boldly against. From the ZTE-NBN deal that would have cost the Philippines billions of pesos to the Hello Garci election tempest to Presidential Decree 1017, to the mishandling of the Ampatuan massacre, Risa has been fearless and clear. It is of little wonder that her office has been denied Pork Barrel by the administration as “punishment” for having the audacity to go against a sitting President.

2. Because she is consistent, at a time when consistency has little currency. It’s cool to lambast GMA and AFP because everybody is doing so. Risa, however, believes that oppression is oppression, a human rights violation is a human rights violation, and is therefore not afraid to call a spade a spade. She has denounced human rights violations of Palparan and the disappearances perpetrated against activists, but has also been equally firm in denouncing atrocities of the armed left like the purges, revolutionary taxes, and the killings of the farmers that were claimed by the National Democratic Front. The government hates her guts (it had her arrested in 2006) and the armed left calls her an attack dog. We simply call her brave.

3. Because she speaks for the marginalized. Risa goes beyond slogans and truly represents the underrepresented sectors in society. She is a sponsor of the Cheaper Medicines Law that brought down the prices of medicines in the country. She can also be credited for shepherding the CARP Extension with Reforms Law – triumphing over the objections of the landowner congressmen in Negros and the extreme left (who were pushing for the passage of a law that they knew to be patently unconstitutional). Hers has been a resounding voice against illegal demolitions, arbitrary detentions and other human rights violations committed against the economically and politically weak.

4. Because she puts in the work. Many people like to talk about change and how badly we need it; few put in the hard work necessary to make that happen. Risa has never been afraid of hard work. Ask her an impromptu question about any of the bills she has filed and she will answer you in detail, even giving you statistics to understand the problem the bill seeks to address. That’s because she isn’t a figurehead congresswoman. She’s a congresswoman that knows her stuff and knows it well.

5. Because she is not one to back down from a fight. Listen to how the politicians try to squirm their way out of giving any categorical response to the Reproductive Health Bill. Then listen to Risa, eyes twinkling, announce that she is a proud sponsor of the RH Bill and that she believes in access to reproductive health. We know that this is one lady who is not afraid of anything or anyone – be they the little woman in Malacanang, the armed revolutionaries in the mountains and their leader in Utrecht, or men in cloaks quoting the bible.

6. Because she has been a good student and continues to be. Risa was an outstanding student at the St. Scholastica’s Manila where she graduated high school and at the Ateneo de Manila University, where she graduated cum laude with a degree in AB Social Sciences. Her discipline and studiousness are apparently hard habits for her to break – to date, she carries a notebook everywhere she goes and takes down notes for reference, never relying on her staff to jot down information for her. She is not afraid to ask questions. Merge the passion of an activist and the academic rigor of a geek and you have someone you want to be your Senator.

7. Because she is a woman who carries the interests of women. Risa is a staunch defender of issues that are important to all – like agrarian reform, peace, labor rights. She has a special place in her heart though, for issues that confront women specifically. Aside from reproductive health, Risa has also played an important part in the breastfeeding advocacy. When the provisions on rural women in the CARPER were in danger of being removed, Risa stood up and argued for their retention. Truly, she is a woman and a mother first; and a politician, second.

8. Because she walks the talk. Many like to spew out empty slogans on acceptance and equality, but balk when confronted with specific instances of inequality and pressed for solutions. Risa has spoken passionately for the equal rights of lesbians, gays, bisexuals and transgenders and has filed the Anti-Discrimination Bill to penalize discrimination on the basis of gender. Despite clear opposition from conservative sectors, Risa has held her ground and dug in her heels.

9. Because her name is clean. Squeaky clean. There’s no dirt on her. Nothing.

10 reasons why Risa Hontiveros deserves your vote for Senator.

“Congratulations! Your Vote has been Registered!”

We just need to know the indicators.

Your Honors (kasama ka dito, kapatid)… What say you?!

Will everything turn out alright in the end?

Or are we looking at the prelude to a “Failed Elections” scenario?